Coyote Ugly has a reputation for having some of the sexiest and most talented female bartenders so it’s no wonder that people want to recreate the energy of a Coyote Ugly bar during their own events.  Two of our talented female flair bartenders were recently flown into Jackson Hole, Wyoming to bartend an exclusive wedding for our discerning clientele.  Our bartenders began the night serving specialty margaritas at an outdoor bar with a beautiful backdrop of the mountain landscape behind them.  After the early cocktail hour before dinner was served, our bartenders were moved up to a patio underneath a full blanket of stars and constellations.

The evening was enchanting with the bride and groom dancing among friends and family. Beautiful toasts were given and there was so much excitement and happiness filling the air.

The event was a wedding to remember.  Not only were there talented flair bartenders entertaining the party crowd, professional dancers were flown in from New York to perform throughout the night, fiddlers and guitar players created a lovely atmosphere to help people ease themselves into the night before the DJ began spinning and the drinks began to fly.

This wedding party was not meant for any Cinderella as it lasted well past midnight and set the bar high for great weddings full of fun, love and happiness.
coyote ugly bartenders 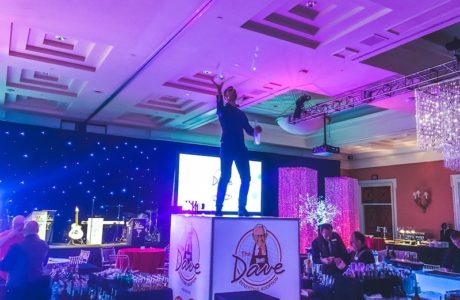 Corporate Event at the Caesars Palace

Corporate Event at the Caesars Palace... 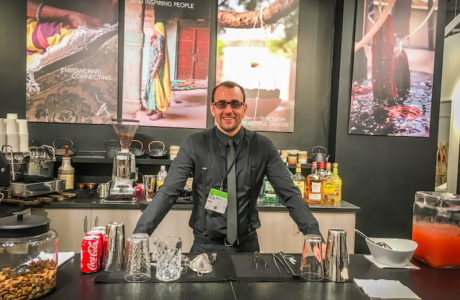 Copyright 2014 SlickBartender.com
Back to Top